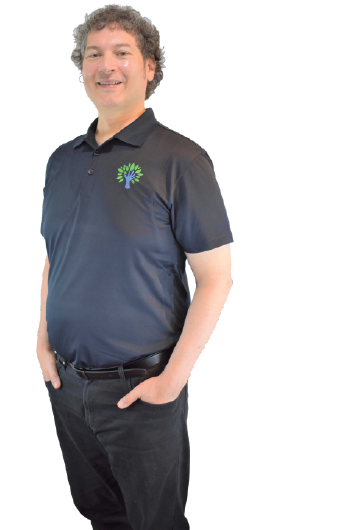 After ten years in the field of massage therapy, Dr. James McCrackan was getting frustrated with his inability to resolve his wife’s chronic neck pain. The problem began when she hit her head during a car accident as a toddler, which left her neck extremely stiff and immobile for a very long time. Her parents took her to a Chiropractic physician that tried to treat the pain by adjusting her neck, but the doctor did not have much experience working with younger kids and she was so frightened that she refused to complete her prescribed course of therapy. Even into adulthood, she was still afraid to get her neck treated, opting instead to endure the pain. Massage therapy provided only temporary relief; what she really needed was to have motion restored to the locked-up joints in her neck.

Dr. McCrackan kept his wife in mind as he chose his next career, seeking to master multiple manual techniques and adjusting methods that would best suit her condition and help her overcome her fear. He considered Naprapathy and even studied Osteopathic medicine for a year, but he eventually chose to become a Chiropractic physician, earning his doctorate from the National University of Health Sciences in 2013. There he learned how to gently mobilize the joints of the spine and applied his knowledge to his wife’s condition, finally ending her pain!

Born in Toronto and raised in Connecticut, Dr. McCrackan has lived in the Chicago area since 1982. In addition to his doctorate in Chiropractic medicine, he also has an undergraduate degree in English from Elmhurst University, and certification from the Chicago School of Massage Therapy. His hobbies include exploring the bottomless sea of medicine, writing, cooking, and refining his Spotify playlists.