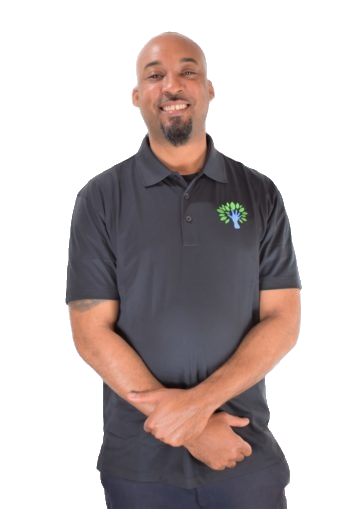 Yul Briscoe serves as a Chiropractic Assistant and Massage Therapist here at Chiromend. Yul Joined the team in Oct of 2019. He completed his massage training at the Soothing Arts Institute in Destin, FL.

Yul served in the United States Military for over 10 years. He served in the Army as a Combat Engineer for four years and then transitioned to the Coast Guard where he served on the ship U.S.C.G. Cutter Tahoma (270ft). Yul was an intricate part of the Coast Guard’s medical team delivering aid in Haiti after the devastating earthquake of 2010.

Yul chose a career in natural health as his grandmother was an acupuncturist for over 30 years in California. Her healthy lifestyle influenced his desire to pursue his interest in masage and alternative healing.

When Yul isn’t working as at ChiroMend, he enjoys spending time with his friends and family including coaching his son’s little league baseball team in the Spring and Fall seasons. Yul is a world traveler and also really enjoys exploring foreign countries.